Everybody Else Is Doing It 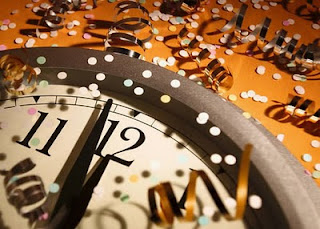 This year, I feel like I can legitimately say I became an Ultrarunner, and with that comes a very different (and highly warped) way of looking at things. Prior to this year, I thought of 100 miles as the farthest distance I would drive to a race on the morning of the race itself. Now 100 miles is a distance for race lotteries, where the WINNERS are the ones who GET to run. And they jump for joy, knowing full well that at some point during that 100 miles they will feel like sh*t, that their muscles will become non-contractile hamburger meat, and that the likelihood of puking is very high. Maybe it is because of all that, that 100 miles is the running accomplishment of which I am the most proud.

I have never thought about looking at my year in running based on the number of miles I ran. Instead, I have always focused on race performances, the experiences, and how I felt while running, both emotionally and physically. But it seems like everyone knows their 2009 mileage. Heck, even my runner partner knew hers and she doesn't even run ultras, just these sissy-little multi-sport races called Ironman Triathlons.

I am a follower, so WTH, might as well play along. Last night I sat down with my training log and a calculator and after adding in this morning's 12 miler, I came to the grand total of 2,432 miles - easily my highest yearly mileage ever. And just think how much higher that could have been if this had been a leap year!

At midnight the tally flips back to zero and we all start on the same page. (Well, except for those frickin' over-achievers who do one of those mid-night fun runs). So, what are you going to put in your training log for 2010??


(photo credit: this photo was shamelessly stolen from the internet.)
Posted by Pam at 6:34 PM 1 comment:

'Twas The Run Before Christmas

My family moved to Arcadia, a suburb of L.A., before I turned five, early enough that I think of Southern California as the place where I grew up. But I always hated L.A. I started telling my parents before I was twelve that I was going FAR away for college. They said How about Puget Sound? I said "No, Farther." In my mind I didn't even want to be on the same coast.

My husband's family still lives in Arcadia, so we journey to the City of Angels a couple of times a year. Absence has certainly not made the heart grow fonder; despite my familiarity with the area, I still feel like an outsider. L.A. just doesn't feel like it is a part of me.

Except the mountains. The mountains here are part of my soul; something about the foothill chaparral just feels like home. It is not lush and verdant like the Pacific Northwest, but I love shuffling through the year-round thick oak duff with the dappled light filtering through their canopy above. And the the smell of the bay laurel brings back nostalgic memories of my youth.

Thursday I got to have my fun frolic, getting dropped off at Chantry Flats (elev 2,100 ft), running up to Sturtevant Camp and then going up to the summit of Mt. Wilson (5,700 ft). (I was planning to go up to Newcomb's Pass following the AC100 course, but that part of the trail was still closed from the Station fire. After summiting, I had 7.5 miles of quad searing descent down the old Mt. Wilson trail and two miles of road back to my in-laws house. 16.5 miles in about 3:25.

The dusting of snow on Mt. Wilson filled me with warmth and holiday cheer...or maybe that was the three Jagerbombs I did with my sister-in-law afterward. ;) Either way, it was a great last long run before Bandera in two weeks.
Posted by Pam at 2:40 PM No comments:

I've been playing stay-at-home Mom this week while Mac is off displaying his manliness by shooting water fowl. Mostly it has been pretty fun and I haven't visited the liquor cabinet at all!

Solo parenting does require some alterations in training, though. You see, if you put the kids to bed and then go out for a run, child protective services will be all over you. But if you put your kids to bed and then go run on the treadmill downstairs, you are Super Mom. It is a subtle - but very important- difference. So I've put in WAY too many TM miles this week, but it is not so bad since we are having highs in the 20's all week. Plus , the even surface is good for my ankle. The only real downside is that I couldn't get my long run above 13 miles. Complete insanity was starting to set in after watching my third episode of Cash Cab while toiling on the belt (no cable, so daytime TV options are limited). I guess I failed the mental toughness challenge presented by the "dread mill." But I did learn that the Beastie Boys hit "Brass Monkey" is about an alcoholic beverage made from orange juice and malt liquor, so I am much smarter for my efforts. 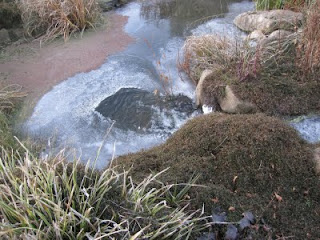 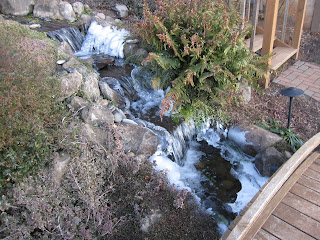 Cold enough that the pond and waterfall are still frozen in mid-afternoon.
My kids did a much better job than me at making the treadmill fun. However, I don't think you can count this as "time on your feet" training.

This was at 1.6 mph; when they got the speed up to 3.4 mph, I had to pull the plug (literally) for fear that they would launch themselves through the wall!

Mac got home tonight, so it is back outside tomorrow morning, but with a forecast for 18 degrees at 5 am, I may be thinking about the treadmill just a bit more fondly.
Posted by Pam at 8:01 PM 2 comments:

Today was the BIG DAY: the lottery for Western States 100 Mile Endurance Run. But instead of 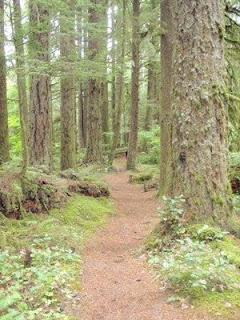 sitting in front of my computer waiting for the next name to be drawn (which I admit, DID sound appealing, no that's not facetious), I headed out with some friends to the Shellburg Falls 10k (ish), a new trail run put on by runners from Salem. That's right, Salem - the armpit of Oregon's running scene, now has people putting on trail races! This was something I definitely wanted to support!

This morning was freezing, but the day was sunny and the 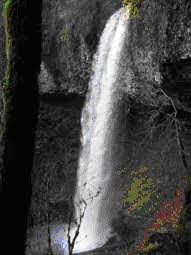 trail was gorgeous. Just as the Shellburg Falls website says, this place was a hidden gem! Check-in was so much fun; I can't believe how many people I know when I go to these things now. Heck, it was better than a Holiday party. Plus we got to go for an awesome run afterwards.

This was a casual winter run and most people were taking it pretty easy. I wanted to run hard, but comfortable and just enjoy the day. Running behind a waterfall
makes it pretty easy to enjoy! I was able to run strong up the hill which made me feel good, because I don't always think I am a good hill runner, but I seem to be getting better. And the last couple of miles going back down just felt smooth like butter.

As soon as I crossed the finish, one of the Corvallis Trail Runners came up to me and told me I had gotten in to Western States. I immediately started jumping around and screaming and I had this irresistible need to hug the news-bearer, even though I really don't know him all that well. I was just so excited: I AM GOING TO WESTERN STATES! Most of the crowd looked at me funny, thinking I was a bit too exuberant for my finish in a low-key race.

I just kept telling anybody within earshot I got in, but as the lottery proceeded, the chances for the other Corvallis runners got worse and worse, and I had to reign in my emotions; somehow my excitement felt like bragging at that point and it no longer seemed appropriate.

My hubby sent me a super cute text, pretending like I had just gotten drafted:
"And for our 13th pick, the WS lottery chooses the reigning Oregon Trail Series Champion, from Salem, OR...Pam Smith!" So at least I got to gush profusely to him in my excitement.

But more surprising was a congratulatory call from my Mom before the lottery was even over. This is shocking because a) My mom believes long distance running is bad for you, and b) My mom sent her first e-mail this year, so following an on-line lottery is really pushing the limits of her technological skills. (yes, those are both true). Even though I know this is not her thing, it felt great to have her behind me.

All in all it was a great day for me: I got a nice plaque, a million dollar bill (the race prizes), and a spot to Western States!!! 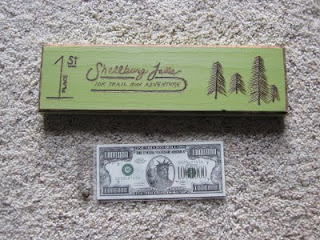 I definitely feel badly for those who did not get in, because I know how crushed I would have been. I would be delighted to have anybody who had their heart set on running join me for the last part of the race. Let me know if you are interested in pacing - the job is currently vacant!
Posted by Pam at 2:27 PM 10 comments: