The week after Spartathlon was crazy. Monday night we attended the Spartathlon gala awards ceremony - dinner didn't even start till 9 pm after they had called up every finished to the stage for their award. Mac and I left early, though 11:00 is not my definition of early! We had a 3 am wake-up call to catch our flight and then ten hours of flying home, only to arrive 40 minutes after take off, due to the timezone differences. I was not recovered from the long day of the jet lag, but it was back to work for me bright and early Wednesday morning. Friday morning I was up again at 1:30 to catch a flight to Team Red White and Blue Trail Camp in Texas to serve as a mentor. Unfortunately, that schedule was just too much after a big race like Spartathlon and by Friday night, my voice was raspy and I wasn't feeling too hot. By Saturday, my voice was gone and I was dragging - I was sick. I did my best to rally at the camp - it is such a great event and such an easy way to give just a little back to our Veteran's - but really I felt like I just didn't engage like I have in the years past. And because of my voice and coughing, I didn't get to participate in "This I Believe", a time when other well known trail runners and mentors got to share stories from running that were motivational, inspirational or just funny. And so for this Veteran's Day weekend and a post election week where we need to remember what brings us together as people not what divides us, I thought I'd share what I had intended to say:

In the world of Ultrarunning, The Western States Endurance Run is one of the biggest stages there is, bringing together a Who’s who of top distance athletes for a contest of 100 miles through rugged mountains and canyons. At my first go at the race in 2010, I managed to eke out a 10th place finish for a coveted “Top 10” and a spot in the next year’s race. In my sophomore attempt, I ran a faster time, but once again finished tenth. It got me a spot in the 2012 race, but it left me feeling like I could do better and so I trained even harder for 2012.

All spring I ran higher mileage, I did hill workouts and strengthened my quads. I placed 5th at the 100km World Championships in a huge PR and felt like all the training was paying off and I was in great shape going into Western States, with a good shot at being in the top 5.  But race day threw a curveball at the runners, who had all diligently prepared for the traditional scorching hot conditions of the race. Instead of blistering heat, there was rain, wind, hail, snow and freezing wind and I did not have the proper attire. My hands froze, I couldn’t open food packs, I became hypothermic and my legs just wouldn’t function. By mile 40, I had borrowed clothes from several people and the weather abated, but I was still cold. I was drinking cups of broth at every aid station to fight the chill, but I wasn’t used to all that sodium and the extra electrolytes caused massive water retention to the point that I was more than 7% above my starting weight and the medical team refused to let me go on until my weight came down. I was forced to sit at a chilly aid station for two and a half hours before finally being released. By that time, I was stiff and my goal times had all passed hours ago. Plus the medical team was still worried about my weight and electrolytes and so the best I could do was slowly walk the final 15 miles to the finish, but I did finish. Most people are elated at the finish line of Western States; you see people who are just overcome with so many positive emotions, but I was crushed. My goal had been top five and I finished in the bottom five, ahead of only three other women. I felt like I had failed and that all my hard work had been for nothing. I was so disappointed and upset that the race didn’t turn out the way I had planned.

But in the days that followed, I received hundreds of messages and emails from people supporting me and telling me how proud they were of what I had done. They told me they were impressed by my determination and inspired by my perseverance. I now think of the Western States race in 2012 as one of the most positive experiences in my life because it reminded me of how many people are out there supporting me no matter what and that the time on a clock is irrelevant in the big picture.

This I Believe: People don’t love you for your accomplishments and the awards you have won, they love you for who you are and the values you embrace. People love you for your strength of character, not your strength of resume. While I encourage everyone to have big goals, keep in mind the goal itself does not define you or your worth, and that the hard work, dedication and connections to others that you make in pursuit of your goals are more important the the goal itself. 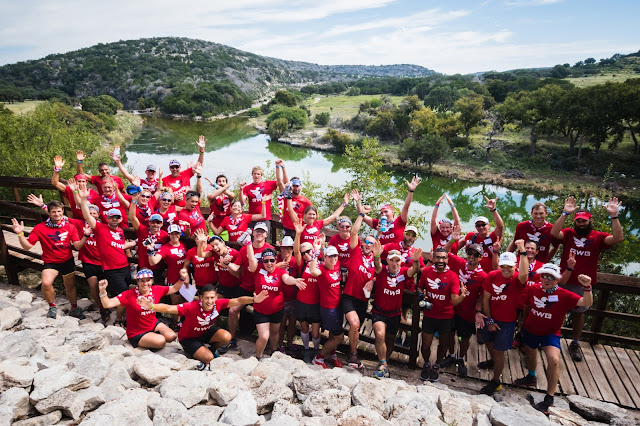 The mentors of Camp RWB at Camp Eagle