Well, while my Western States crew and pacer were off playing over Memorial Day weekend, I was at home being Suzie Homemaker with the kids, even going so far to use a sewing machine. In case you are as unfamiliar with this device as I am, there are these mechanical contraptions that stitch cloth together with the press of a foot lever. Amazing stuff! My kids were THRILLED (seriously - we sewed every material scrap in the house together). But there was serious business, too. Specifically, I needed to turn a $2.99 Goodwill camisole, a pair of Dollar Store trouser socks, and some painted fabric (leftover from Megan's curtains, installed in 2005, which may have been the last time I used the machine) into something SUPER. 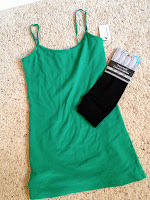 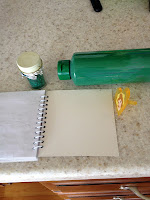 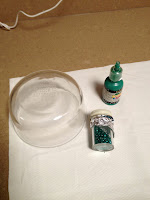 What started as a bunch of junk and a little 6 year old boy was soon transformed into The Green Lantern, complete with power ring!! 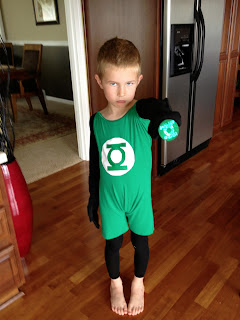 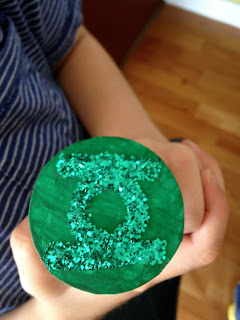 Liam was thrilled. But he did tell me, "Mom, I need to buffen up my muscles to be more like a superhero." Yeah, you think, my little 6-week preemie runt who just barely cracked the 10th percentile for weight this year??

And I also made a little something for myself so were all prepared for this weekend, which was full of SUPER!

First off, Liam was SUPER! We ran the Superhero Dash together, Liam's first 5K. Liam runs more for the experience and definitely stayed in character. 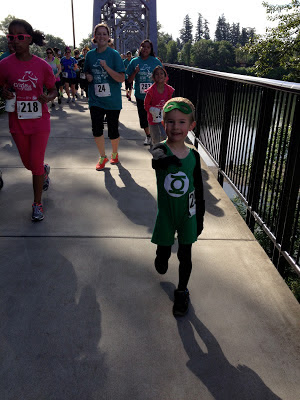 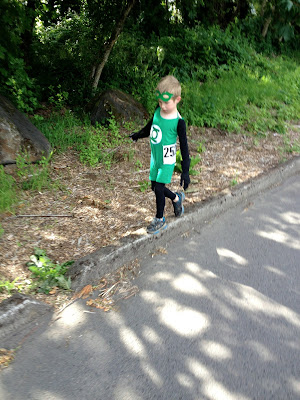 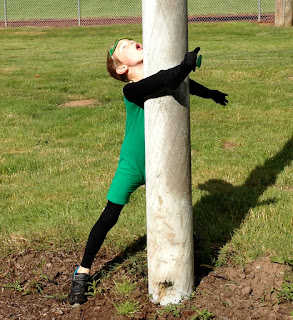 Some people hit the wall when they run. Liam made a point of hitting every pole and touching every tree..."for energy". He would've needed a lot less energy if he just ran in a straight line! Nonetheless, he got it done - 49:18 and third place in his age group (woohoo!)

These kids were SUPER! 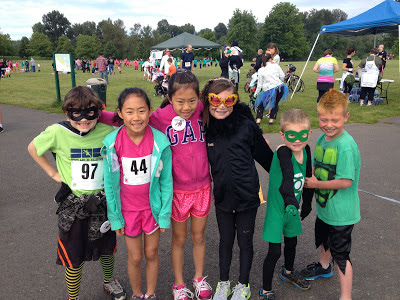 Mac runs the 100 Mile Club at Sumpter Elementary and he's got 36 people getting gold medals for hitting 100 miles this school year. Several of them came out to run on Saturday.

Our friends are SUPER! 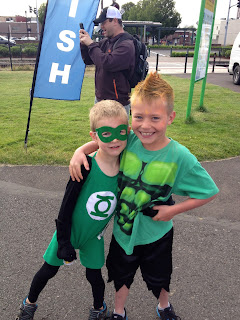 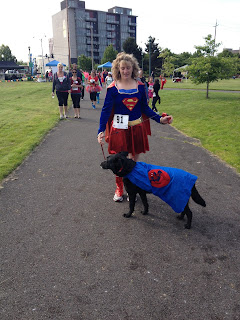 We had a good time hanging out with some of our fellow Superhero buddies.


And I was a SUPERMOM! (I told you I made something for myself!) 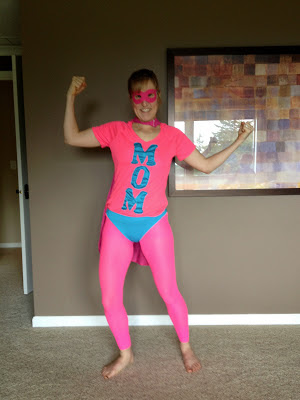 I ran a double Mary's Peak long run on Friday so that I could have the opportunity to wear my underwear on the outside run a 5k with Liam on Saturday. 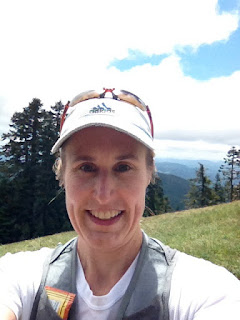 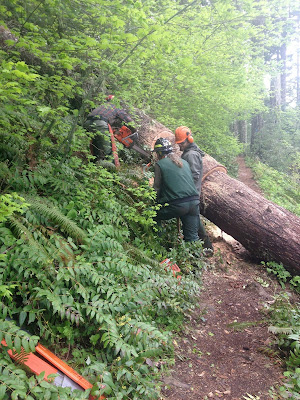 Shout out to these SUPER guys on Mary's Peak. My first trip up I had to scramble over a lot of big blowdowns. By my second trip most of them had been cleared away. 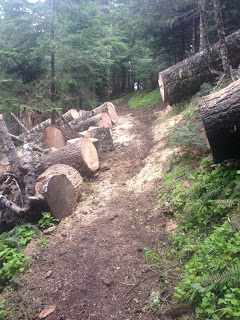 All clear! This helped with my negative split effort tremendously, but I just happened to omit that detail when I told people about this run.


Ok, back to Saturday. The post race festivities were SUPER! Liam ate at least ten girl scout cookies, learned how to fence, got a free ride on the carousel, hung out with the Home Depot crew, and got his body painted...twice. Plus, my lucky little guy won in the raffle again this year (we did the 1k last year). Only last year, he was pretty psyched to get a free cupcake gift certificate. This year he won a yoga mat. It is a much nicer prize, but not to Liam. As he ungratefully told the lady,"The Green Lantern doesn't do yoga!" 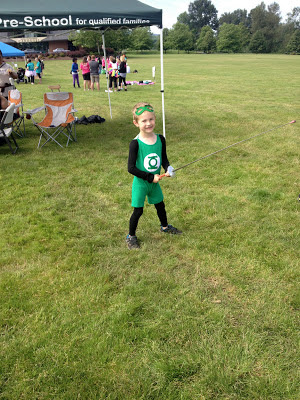 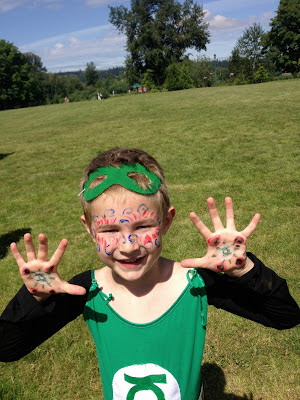 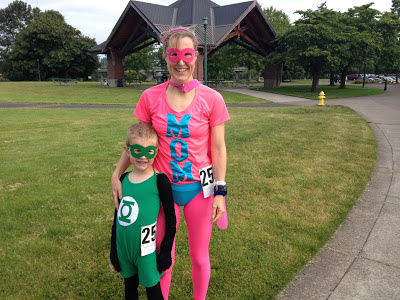 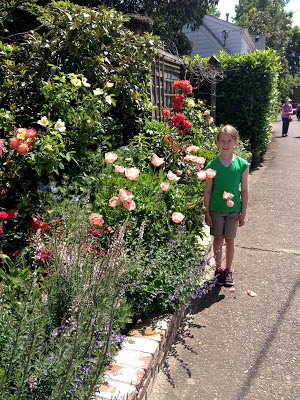 Afterwards, Meg-o and I had a SUPER time at the Salem Garden Tour (and possibly a trip to frozen yogurt) while the boys went to see Ironman.

Sunday, I swept the Run For the Hills 30k course and got behind an injured runner who was determined to limp to the finish line instead of getting a ride back. That was not so super, but the course was beautiful and so was the weather, so it was still a super day to be outside.