A short while after JFK I read an article on the McMillan Elite Team training in Flagstaff. In the article, Coach Greg McMillan described how he selected people for his team. He stated there are many runners that post fast times but he is interested in the winners - people who have shown that they can win big races not just run fast. Reading between the lines, I realized Greg McMillan thinks I am a loser!

You see, my 2010 started off with me breaking the Bandera course record by 42 minutes...and losing by three minutes. At MacDonald Forest I ran faster than the 2009 winning time, but was second to Ashley Nordell by two and a half minutes. And then the real crusher was JFK, when the 9th fastest time in the race's 48 year history was 21 seconds too slow for a victory.


To me the disappointment wasn't in finishing second, but rather the idea that maybe something was holding me back. That moment of self-doubt, fear, and insecurity at mile 46 of JFK haunts me. And so I vowed to stop being a loser in 2011.


Now in no way do I mean that I plan to win all my races or that I am only running to win. What I mean is that I want to believe in myself, to not be intimidated by others, and to not be limited by fear and doubt. At the end of the day, win or lose, I want to look back and say, "I fought hard and I have no regrets." 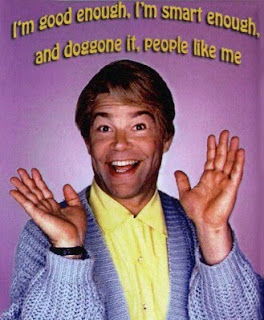 After JFK, I changed my physical training very little (though I tried to get a bit more technical stuff - something that is pretty hard to do here in Oregon. "Technical" for us mostly means mud, not rocks and poor footing!). However, I did add what I call Stuart Smalley Training: "I am good enough, I am smart enough, and doggone it, I am a fast runner." Basically, a lot of positive mind set and self affirmation type of stuff.


Now I am not exactly one for touchy feely, new age Kum Ba Yah sessions, but I do think ultras have a huge mental component and so going into a race in the right frame of mind is really important. So I set off for Bandera feeling good about myself, ready to test out my fitness and my new Jedi mind tricks.


I had the pleasure of traveling with some of the members of the Sunsweet running (and comedy) team: Meghan Arbogast, Craig Thornley, his wife Laurie, Dan Olmstead, Jeff Riley and his wife Laura. I had a lot of fun with them cracking jokes, bonding over pedicures, and laughing ourselves silly over sexually frustrated burros. 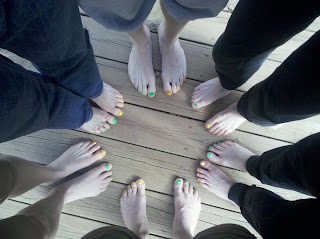 "I love my Ducks!" (Thornley's photo)
But Saturday morning, the comedy show was over; it was time to race! Meghan and I noted Liza Howard as a top contender, with the "scouting report" on her that she would go out fast and be good on the rocks - the exact opposite of me! Other fast chicks on the entrant's list were Darcy Africa (DNS) and Alison Bryant (DNF), but with those two out, the race basically played out between me, Liza and Meghan. 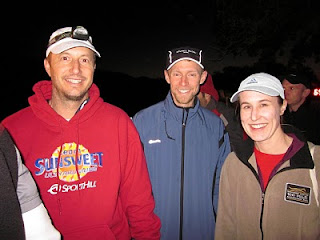 Wipe those smiles off of your faces; It is time to get serious! (ph:Olga V.)
Knowing I start slow, I lined up in the mid-pack, but the race photographer made me move to the front for more female representation. Within about ten seconds of the race start a big mob passed me by and I saw Liza dart into the lead for the ladies with Meghan hot on her heels. 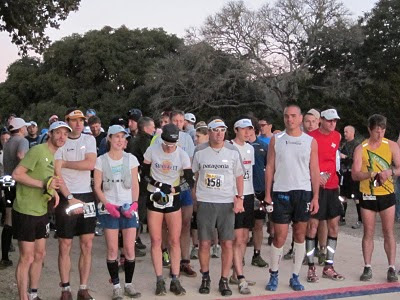 Look at me lining up with Geoff Roes! 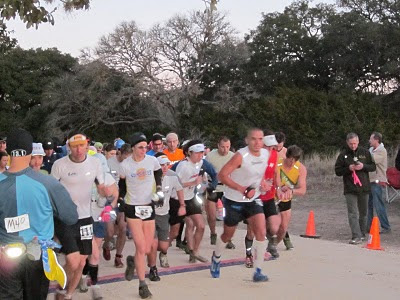 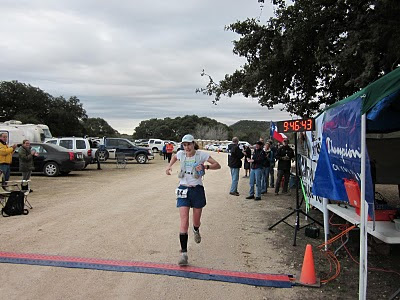 I seriously hope I wasn't flapping those chicken wings like that the whole race! (ph: Olga)
I finished the second loop in 5:06, for a finish time of 9:46. I may be the only person who has broken a course record by more than 40 minutes two years in a row and not won the race - a very dubious distinction! The split differential was 25 minutes, not quite as consistent as last year's 14 minutes, but I'll take it considering my time was 50 minutes faster! Liza had a stellar 9:35 for the win and Meghan went under the previous course record and claimed the master's title with her 10:19.
The men also had a slew of speedy performances, with winner Dave Mackey taking an hour off the course record and the next three guys also destroying the old mark, including Dan Olmstead who missed the money by 23 seconds. Trust me Dan-O, I feel your pain!
I wasn't the winner on the day, but I most definitely don't feel like a loser (despite what Greg McMillan might say!). I felt good about myself all day, I wasn't intimidated on the course, and I was ready to compete. In the end, I fought hard and I have no regrets.
Posted by Pam at 8:08 PM

It was so nice to meet you Pam. Sorry we couldn't talk more afterwards. Wonderful run. I was very thankful for the rocks at the end. :)
Liza

Pam - I was the person with the Mountain Dew in the car :) I race quite a bit in California and am spoiled by it being the go to drink there, and ready to go at aid stations. I totally appreciated you wanting to move with great speed...the aid stations seemed to be a bit of a time suck from my viewing perspective.

Congrats on a strong finish! You are very impressive!

Great blog, Pam. I'm almost as impressed with your narration as your running. I usually can't even remember the name of the races I'm in! It's very fun to read your accounts. You did great, too! I'm very impressed. dan

Great run Pam! Enjoyed the report! You should be very proud of your efforts!

Awesome run Pam but I have to Ditto Dan's words. Your narration is impressive and makes me smile. Congrats!

I always knew, since first time I met you, you have not only this great talant you need to unvail, but also this insane competition drive that will kick your own ass into gear you were afraid you have. Because you always knew you had it, and that "you are good enough". And then some. You have some bold dreams - go get them, they are well within your reach.