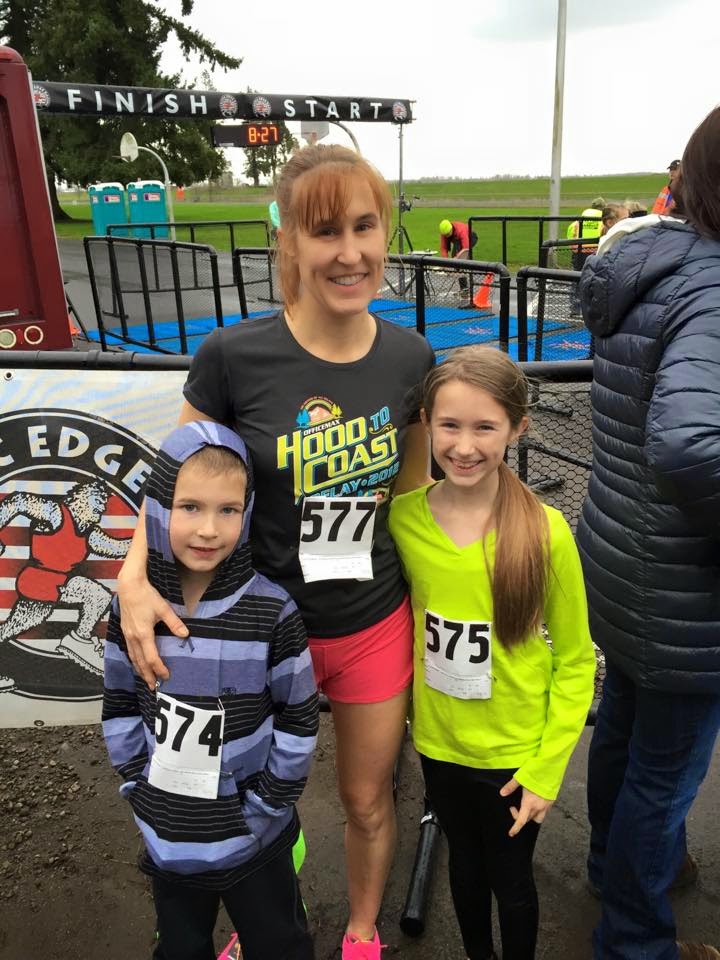 As of this week, I am officially training for a marathon! But all the tempo runs, lactate threshold runs and marathon pace runs scare me so I am racing myself into marathon shape instead (well, and doing some of those other things, too). I've got a half marathon lined up in two weeks.

The Cascade 10k is kind of a special race because I ran it in 2008 two days after deciding I was done breast feeding and I was ready to get serious about running again after having my kids. Two days is not very much time to train and it took all my effort to achieve a 55 minute finish. But I've come a long way since then! So no better place than to jump into training once again than the Cascade 10k seven years later.

Not much to say about a 10k except they are hard. Like by mile 2, I was ready to slow down. But I didn't! Well, not until the turnaround at mile three, when the wind hit us all straight in the face along with pouring rain. I did manage to cross the line before any other women, but mostly because the fast ladies did the half marathon. My time of 39:36 is light years off of my PR (37:20) and reminds me that I have A LOT of work to do, but it's a lot better than starting from a 55 minute 10k time. 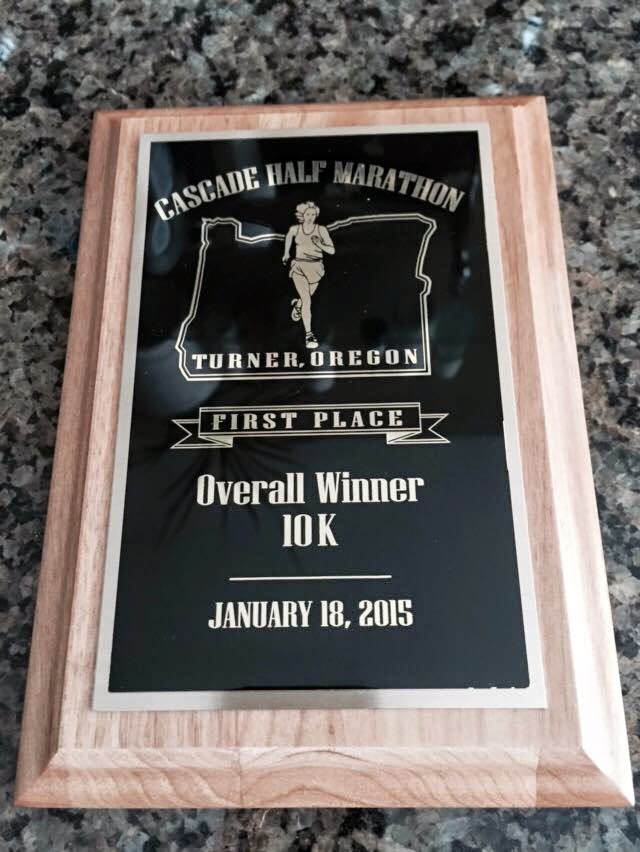 So the win doesn't exactly make me feel all warm and fuzzy but this week of training does. While I did three weeks with higher mileage than this week before Worlds, it was all slow miles. This was the first week in 6 months that I got in all my planned workouts including track, tempo, one day of weights (normally I like two, but I was scared with the race and my first week back), and a yoga session: 81 miles with no significant long run (I'm not worried about being able to finish 26 miles!). But mostly I am so happy just to enjoy running again and pushing my body hard without feeling destroyed afterwards.

Megan and Liam came out to race, too, only in the 2 miler. No racing for Mac- he's got a new coach who has him doing base miles only right now- but he volunteered. The course was incredibly straight forward for the two miler - run straight down a road for a mile and turn around at the cone - and with so many other people out, we figured this would be a good time to let the kids run a race by themselves, instead of jogging alongside them as we have done in previous 5k's.

Megan is just like me: no speed but a lot of heart. She wasn't racing for any podium spots, but she was about 5 seconds behind this girl as they came up the school driveway, and Megan gave it her all to edge her at the finish (for 6th place female) for an official time of 18:26 (Clock is off 15 minutes due to the half marathon early start and chip timing knocked off a couple seconds). She was all smiles at the finish. Afterwards she told me, "Mom, I was trying to run so hard I couldn't feel my legs at the end. It was like I was numb from the waist down!" 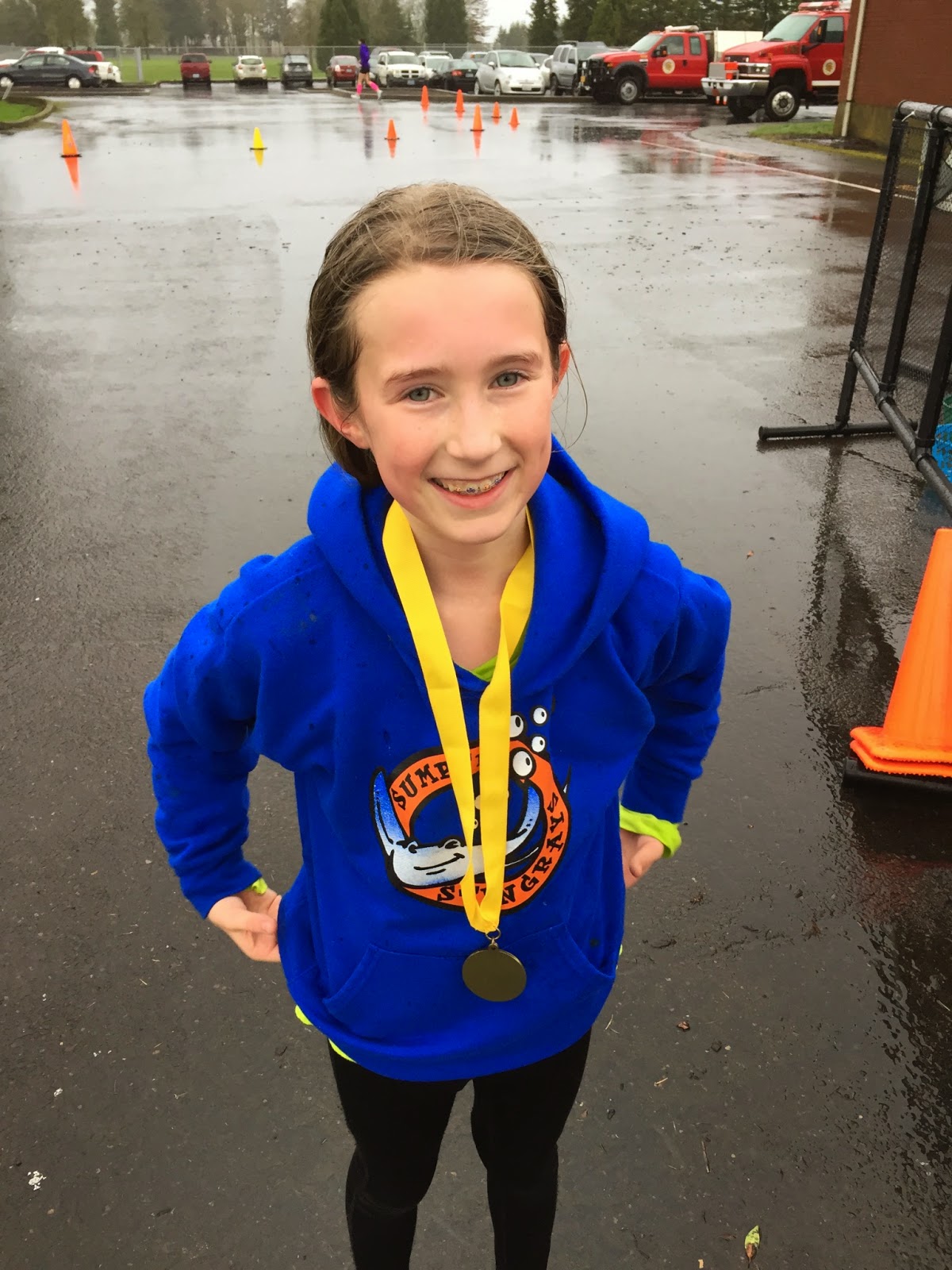 Things were a little different for Liam. He's never liked the cold and when it started raining right after the gun went off his happy attitude melted quicker than the Wicked Witch. He told me he had to walk because he was too cold to run. I tried to explain that that didn't make sense, but he was adamant that being cold meant he couldn't run. When I asked him if the race made him cry he told me, "Well, I wasn't crying but I had tears in my eyes." Let's just say, it wasn't his best race, but he finished (because he had no choice - he had to get back to the gym if he wanted a ride home!) I do feel sorry for him, but I also know he can be a big whiner. We took him home and got him all warmed up in our bath and then he was all smiles, too. 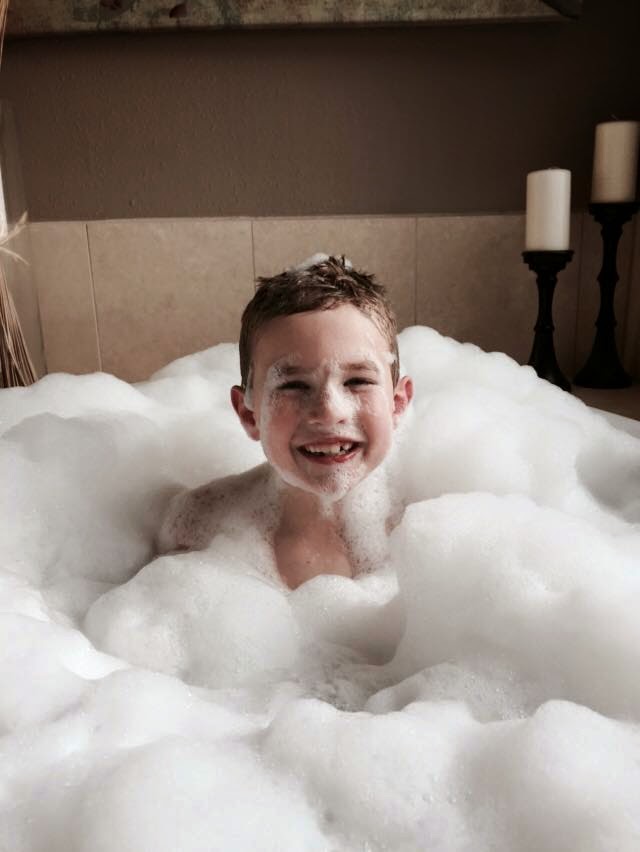 It really is inspiring to know you started just back in '08 and are performing so well. Mac did look much thinner at camp in Texas this year he must be gunning for ya! Looking forward to your next post.

you're lucky that your kids will run! i wish I could get my girls out there but they just laugh at me. anyway thanks for SO many tips in your article How the West(ern) was won. I'm going to really up my hill training. Just hope my body holds up. Stay well.

Useful article, thank you for sharing the article!!!